2. Set the jar in the refrigerator overnight (or for at least 4 hours) so it hardens.

3. Remove from refrigerator, and build the full Apple Pie Chia Pudding by placing crushed Graham crackers on the bottom, then add the chia pudding, and finally topping with the Cinnamon Vanilla Whipped Cream and apples.

4. Enjoy immediately, or save in the refrigerator for later.

It’s not quite fully pie season yet, but it is definitely apple season. I created this Apple Pie Chia Pudding to mesh the two worlds together. 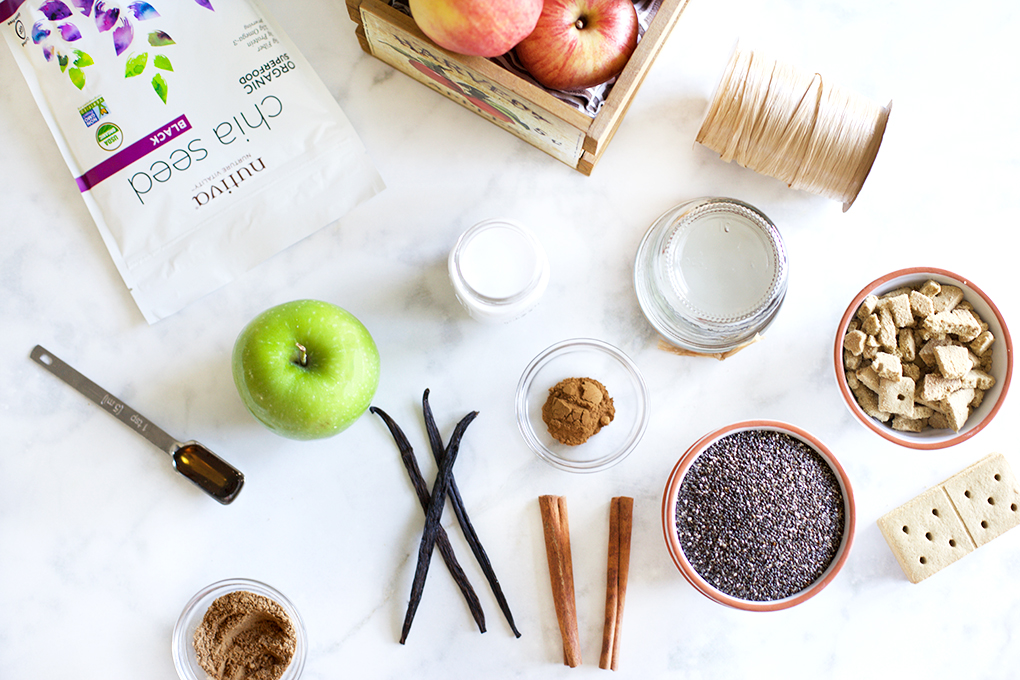 First, making this Apple Pie Chia Pudding starts with understanding how to make a basic chia pudding which I shared HERE. (You can also simply save it for later by clicking HERE.)

After You have your basic chia pudding, all you do is add a few apple pie-ish ingredients, toss it together with crushed Graham crackers, and add a heaping amount of Cinnamon Vanilla Whipped Cream (Vegan). 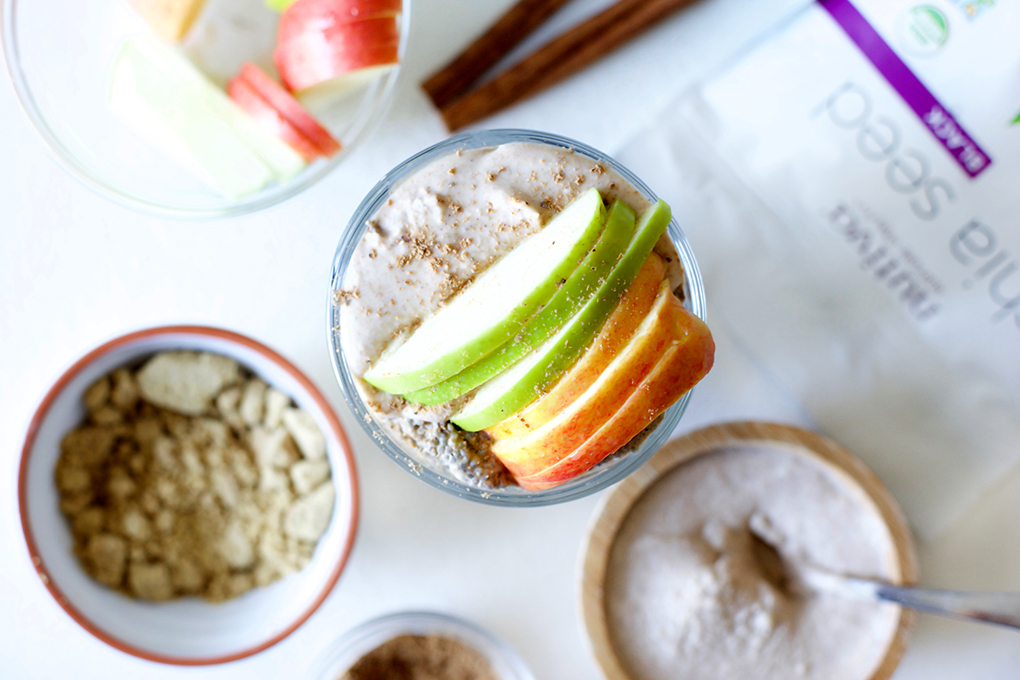 Just like that, you can dig into the best Apple Pie Chia Pudding you’ve ever had. Ready? 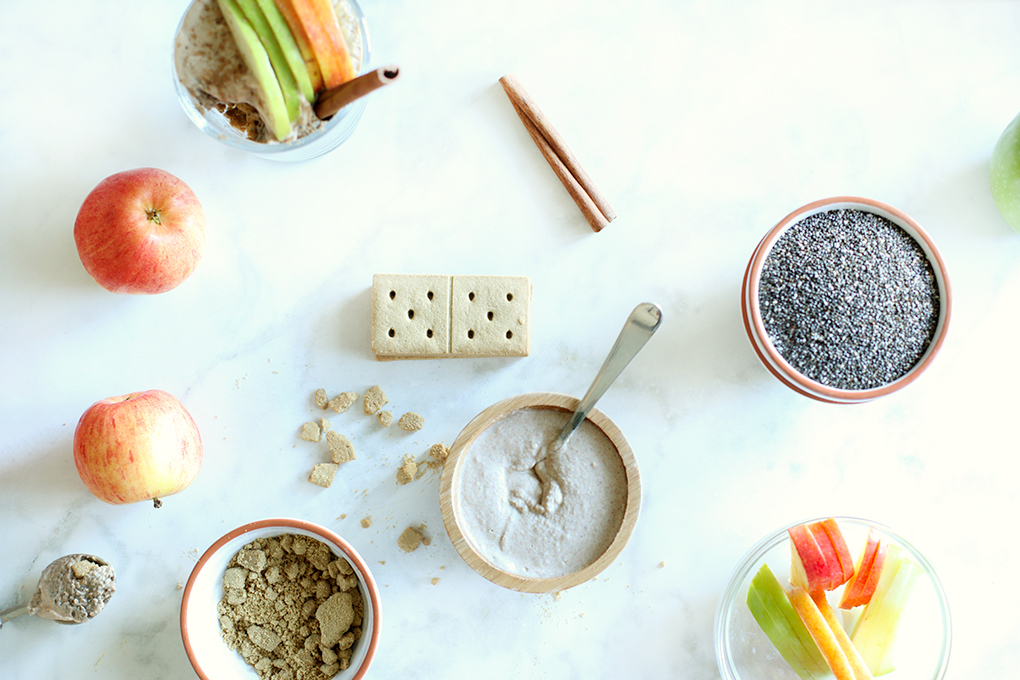 You don’t have to add the Cinnamon Vanilla Whipped Cream to the top, but I promise it’s a piece of the pie (pun intended) that pairs perfectly with the Apple Pie Chia Pudding. 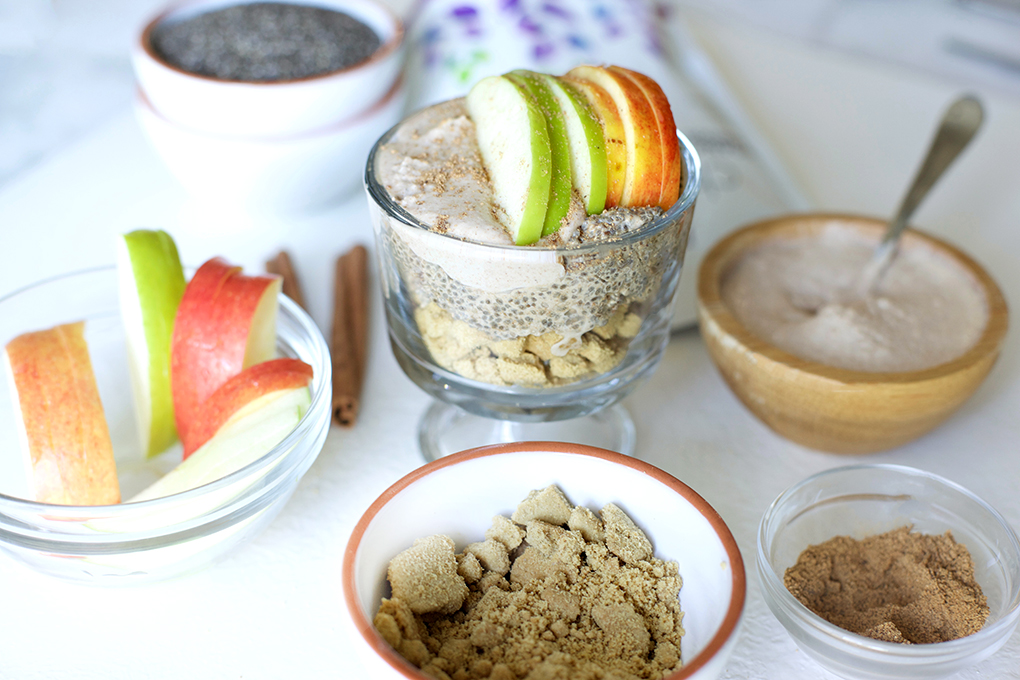 A thick and creamy Vegan whipped cream inspired by fall.

½ cup + 1 Tbsp full-fat coconut milk, placed in the fridge overnight prior to using

2. Using a handheld blender of some sort, blend on medium-high until mixture becomes thick and creamy.

3. Add the last tablespoon of coconut milk, stir by hand, and enjoy! 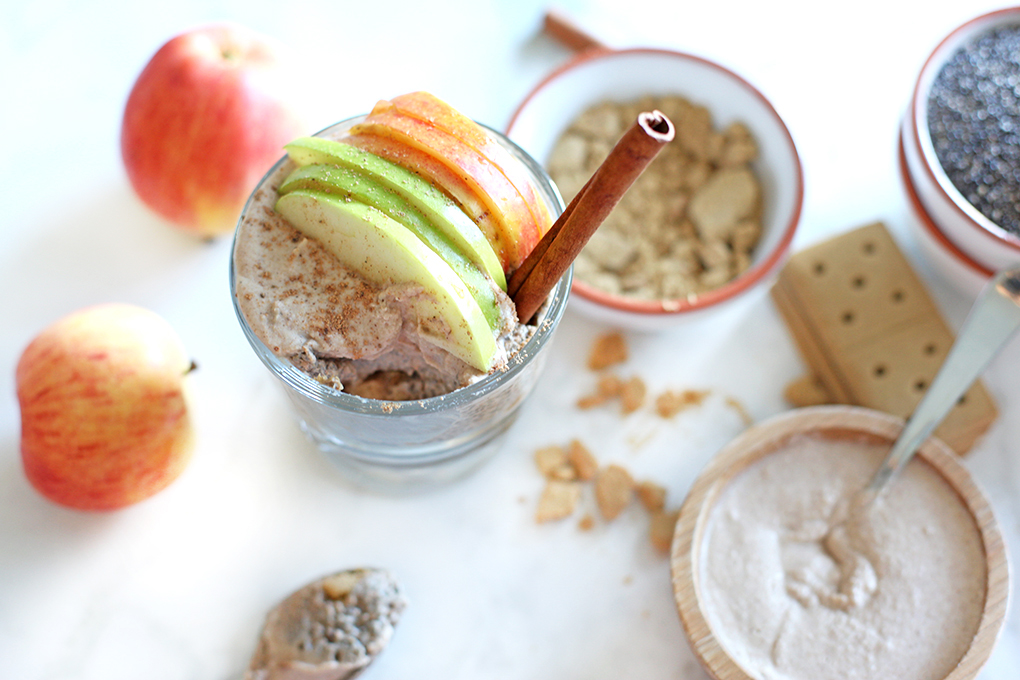 Now put it all together, and it looks like this.

You must give this recipe a try. Let me know in the comments below how you liked it!